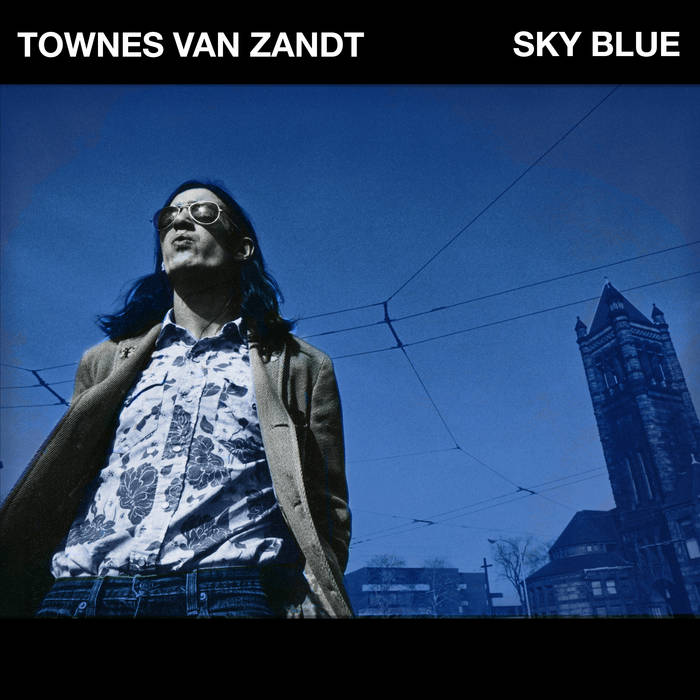 Cody (Just Cody) Any and every last treasure we can get from Townes will never be enough. So much beauty, sorrow, and joy. Favorite track: All I Need.

nicholas hamnett I've always felt it a nonsense to rate artists of any sort competetively.That said: Townes Van Zandt is THE GREATEST POETIC SONGWRITER OF ALL TIME,
and given my local pub now has Townes on the juke box, it's confirmation that his music is no longer just the cult listening of the few.

I first discovered Townes Van Zandt whilst living in Ciudad Real, at the beginning of this Century.Which put like that does sound momentous but entirely in keeping with the man who devotees like me, quite rightly, regard as the greatest songwriter ever to have lived.

He was what Bob Dylan had once promised to be: the enternally wandering troubador with a disregard for the commercial bordering on the negligent; a man who would give away his finest snake-skin jacket if a friend happened to like it, or give away his money to those less fortunate, as he did in Mexico when he handed all his earnings to children in the street.And Townes Van Zandt only ever turned electric after his death - that on a production steered by the careful keeper of his estate: his widow, the very thorough, Jeanene. 'A Far Cry From The Dead' is often frowned upon by purists, but it's an album I like.It rocks.

Townes has been called a shamen, poet, prophet; a social commentator, a saviour but most acurately, a songwriting genius.He was also a troubled, weary, sometime suicidal feeling man, who, being only human and not in fact an Angel, could be selfish and irresponsible in persuence of his own myth. Though occassionally callous, or even cruel, his overriding trait was, I think, one of material and spiritual genrosity.

Townes could quite psychotic on occassion, as he himself admitted in the brilliant documentary of his life, 'Be Here To Love Me,' leading him to behaviours that could see him playing Russian Roulette with a trusty pistol (just to get rid of a too-mouthy young acolyte called Steve Earl). Depression and booze could drive Townes Van Zandt to horrid levels of self-
degredation: see him incoherent and howling like a dog gigs, or locked up by exasperated cops not unused to finding him asleep in a dumpster after another bender. Worse was the time he spent confined to a mental institution at the behest of his parents, where the ECG treatment he was subjected to did less to cure him than it did to burn away vital memories that were essential to his already fractured sense of identity.

After I had discovered Townes he pretty much obsessed me for the next decade and a half. I'm still listening now.I was gutted back in 2000 to discover Townes was already dead from the alcohol that plagued him and comforted him.Worse was that he had played one of his legendary, intimate, gigs (see: 'Live at The Old Quarter' for a towering example of that!) in Koblenz, Germany, during the time I had lived there.If you had asked me in the 90's about Townes Van Zandt, I'd have only given you a blank stare and said: "Townes Van...what?? Is that a place in Holland?"

I spent years obsessively digging up and pawing over anything and everything I could find, remotely Townes related.And, like any anthropologist worth their salt, I've been alert ever since to any new artifacts that are 'biblically' unearthered.

I was lucky enough, for a time, to be in contact with members of Townes' family. Jeanene, Townes Widow, and her wonderful mother, Mary.That due to the wonders of the internet.They were very kind, and even gifted me a number of CD's and a poster or two, when I was too down on my luck to afford to pay for them.The sort of gesture Townes himself would have approved of.The fact that they also asked if they could put a recording of song I had written about Townes in the official TVZ library totally blew my mind, as it still does.Though I still worry they were only humouring me!

I came across Townes' music, entirely by chance purchase You might say his spirit helped carry me through almost two decades.Townes delivered exactly what I was looking for then: something to rescue me from a spiritual malais (God never really did cut it for me as an adult) and an impasse I had found myself mired in after a couple of years hooked on Brit Pop.

To find a new release of original recording of TVZ is something; when it includes songs not previously heard or available, it's a minor miracle.He often delivered his best on live recordings.Over production did lead to Townes to being smothered occassionally by vulgar tech from mainstream recording.In his case purity is far far better.If there's any good Science that can prove Townes isn't the greatest poet songwriter of all time I'd like to hear that without bells or whistles.Or God's own belief. Favorite track: All I Need.

Sky Blue, a collection of unreleased songs by one of the most celebrated songwriters of the twentieth century, is a time capsule that Townes Van Zandt created forty-six years ago, and we’re only now just unearthing and opening it to find the treasures inside.

Bandcamp Daily  your guide to the world of Bandcamp

Featuring Gary Bartz, 5 years of Rhythm Section Intl and an LP of the week by Nicolas Jaar